Tim is a graduate of Oxford University. He is particularly interested in military history, and has visited numerous battlefields around Europe and the UK.  Having gained early retirement from a career in computing in 2016, he has been able to devote more time to his historical interests.   Tim is the chair of the Manchester Military History Society. See:  http://www.mcrmilhist.org.uk/.

Kevin Harrison holds degrees from Leicester, Aberystwyth and the Open University, and has taught history, in one form or another, in Further and Higher Education for over thirty years. Of history, he agrees with Cicero: ‘To be ignorant of what occurred before you were born is to forever remain a child.’

Retired Director of Historical Studies at the University of Bolton, where he taught American political history, with special reference to the Cold War. He was also responsible for all postgraduate supervision. Currently preparing a book on the Vietnam War, with specific reference to the role of US intelligence agencies. Martin is also the Editor of this website

Retired Head of History Department at Tring School, Hefts, where his specialist subjects where modern American and European history. Subsequently developed a career in Adult Education, teaching at the University of Manchester, the Lamb Guild and the WEA

Graduate of the University of Manchester and a professional writer and editor, whose interests include the growth of British Intelligence prior to and during the Cold War; British Africa prior to decolonization; Hollywood in the 1920s, 30s and 40s, with special reference to the crime genre.

A qualified Librarian. He spent several years working in Manchester’s Local History Library before moving to the Greater Manchester Council. Has taught local history for the University of Manchester and other academic bodies since 1971. Published author of several books featuring  the history and photographs of 19th and 20th Century Manchester.

Creina holds degrees from Cambridge and Manchester Universities. She has special interests in Narratology and the writing of Graham Greene. She has published seven works of fiction for young people, and a novel for adults set during the Vietnam War.

A graduate of and Associate Lecturer for the Open University, who retired in 2020. He also worked as an IT developer and manager, both in industry and in Further Education. Spent thirty years teaching courses in social sciences, personal finance, IT and History of Mathematics. Interests include the arts, the history of ideas and the history of Scotland, which he left in 1970, moving to Sale where he and his wife, Sheena, still reside.

Steve Millward is a qualified adult education lecturer and has been teaching music history courses since 1986, including several years with Manchester University's Extra-Mural Studies Department.  He is the author of four books, including the critically-acclaimed Music and Politics trilogy spanning 1964-74. He has contributed to a range of journals and periodicals and in the early 2000s was the jazz correspondent of the Manchester Evening News. His broadcasting experience includes co-presenting Radio Manchester's weekly jazz programme and a two-year spell as Radio 5's 'pop pundit'.

Associate Lecturer in history and social science for the Open University, Liverpool and Manchester universities, the WEA, Wilmslow Guild, etc. Research and writing interests include the Spanish Civil War and film propaganda. Currently preparing a book on the British Empire. 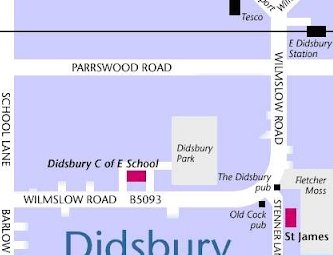 To book a place on one of our courses: booking@historyinc.org.uk

OR for In-Person Teaching:

OR for Zoom Teaching:

Please feel free to contact us at any time to book a place on one of our courses,

to give us feedback about our services or for further information from our tutors.

To give us your comments and feedback, including suggestions for